Does this legendary and versatile dish from India need any introduction??  Certainly No. There are twelve variations of Biryani from different states of India. I guess each home or restaurant in India has his own secret recipe for it. Hyderabadi Dum Biryani stands out for its rich and spicy flavor, tempting aroma and colorful presentation. It is made by layering marinated chicken topped with half cooked rice along with few fresh mint leaves, crispy fried onions and spices (called garam masala), covered and sealed with dough and slow cooked to perfection. This process of slow cooking in air tight pot is called dum and it helps the chicken and rice cook in its own steam marrying the flavors from mint, fried onions and other spices. When you make it at home I am sure the aroma will drag people to the dining table.

I made it yesterday and it was already dark by the time everything was ready, as I was experimenting to healthify it up. The food pictures clicked during the day and during the night has so much of difference. These picture actually did not do the justice to it as the color and flavor came out very well (if I can say so). So I decided, for now I will post the recipe but I will revisit soon with better pictures and much more healthified version of the recipe. No..I’m not at all tired of eating it over and over again let alone cooking it. The traditional recipe is worth mastering and its elaborate process needs some patience but I say its worth the taste. See notes below for tradiotional recipe. In my home, my typical Hyderabadi husband asks for it every other week.So I had to healthify it up for some guilt free enjoyment. Serve this chicken and rice delicacy with Mirchi ka Salan (Jalapeno gravy) or with Raita (onion and yogurt dip).

Here are the small substitutions I made to healthify it up: 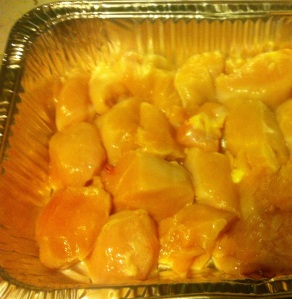 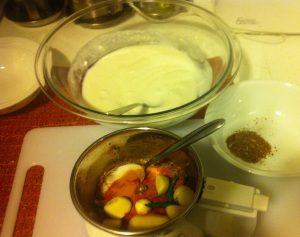 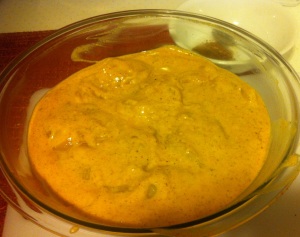 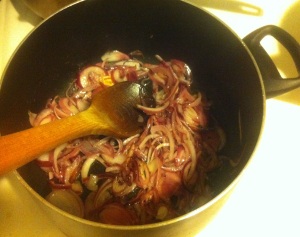 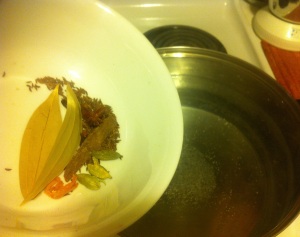 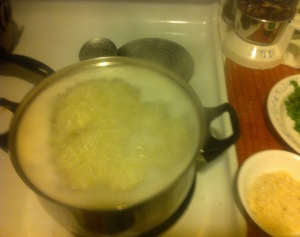 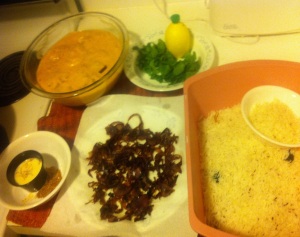 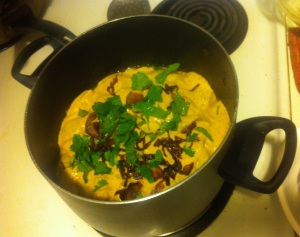 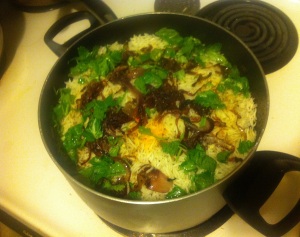 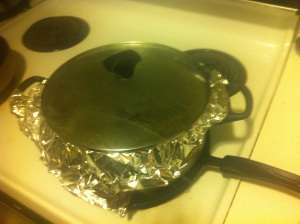 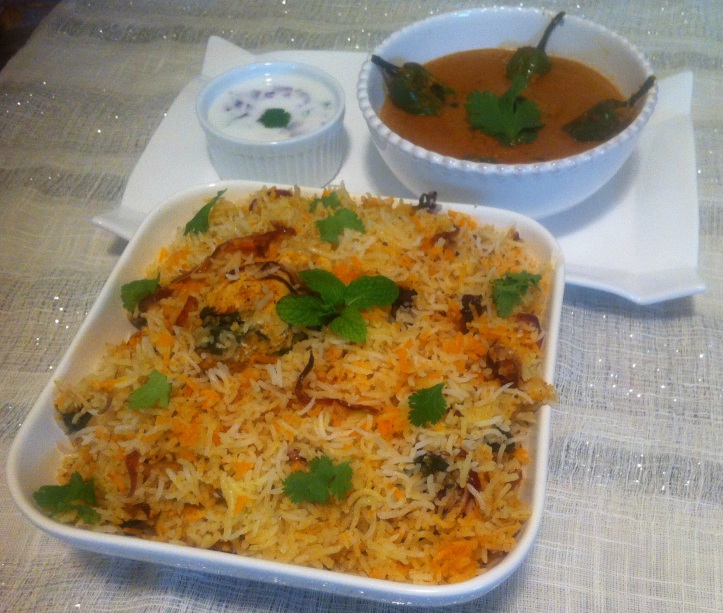 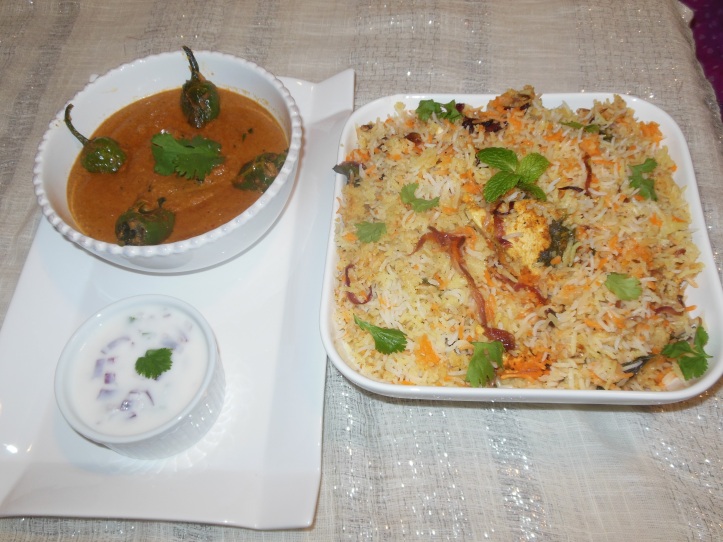 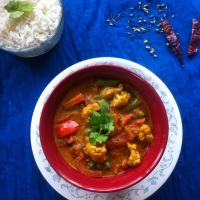 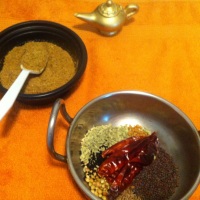 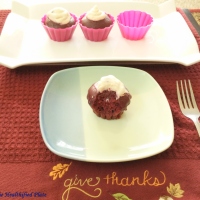 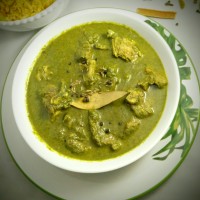